From attic room to world player

In an attic room in Rotterdam

In 1992, Albert Meuter (business economist) and Emile Kalis (business manager and creative brain) think up and produce their first game. Client: The Royal Dutch Mint. The Muntslag board game turns out to be a hit, both young managers give up their jobs and start designing, selling and producing games full-time.

Identity Games had now become a fact. The first games are produced at the Dutch Jumbo games factory. The Dutch market is soon getting too small and they find a suitable purchasing office in Hong Kong they are still using today. In order to be able to produce the games in a more flexible way, they call on various factories in China. The requirements are simple: manufacturers must be able to meet their high standard and price/quality ratio.

Starting their own manufacturing

By 2001 they gained plenty of confidence in their own games and in the company, so Identity Games starts manufacturing games and toys for their own account and risk. The move to the consumer market has been made. The own editions are successful, both on the domestic market and abroad. In 2007, the games are exported to more than 20 countries and the company has grown from a turnover of 1 million guilders to 7 million US dollars. Albert and Emile can be sure they are on the right track.

Toys of the year & exporting to 20 countries

In 2006, Identity Games wins the prestigious Dutch ‘Toy of the Year’ award for the first time, with the Wildlife game. This is the first DVD board game in Europe. Since then, Identity Games has won many prizes, both nationally and internationally.

In 2012, John de Mol of Talpa Holdings discovers the innovative potential of Identity Games and becomes a minority shareholder. Via this joint-venture, Identity Games also releases games about well-known TV programmes, such as Ik hou van Holland and De Jongens Tegen De Meisjes, and sells many game editions of The Voice worldwide.

Opening office in the USA

In 2013 and 2014, Emile travels regularly to the United States to set up Identity Games USA. In Seattle, the city where Microsoft, Boeing and Amazon are based, Find It Games is acquired and Emile finds a place to live and work for himself and his family. Meanwhile, Identity Games International has grown from two to more than 25 employees worldwide.

The biggest breakthrough for Identity Games came in 2015. The game ‘Escape Room The Game’ and the endless expansion sets perfectly match the global escape room hype. The game resulted in the tremendous growth of the company. The Virtual Reality version of the game proves to be an even bigger hit and is effortlessly proclaimed Toy of the Year 2017.

For 25 years, Identity Games has been bringing many living rooms to life and that is a fact we are proud of. With more than 25 devoted employees and a great assortment of worldwide titles – Poopyhead, Miffy Hide and Seek, Elmo Hide and Seek, Boom Boom Balloon, Escape Room The Game, The Original Mouthguard Challenge, Who’s The Dude?, Dodgeball and Chomp-Itz Crocodile Dinner – Albert and Emile made the right choice back in 1992. The company is expected to have a turnover of approximately 20 million US dollars in 2018.

Identity Games believes that every child has the right to play fun games.

As part of the celebrations of being in business for 25 years, a social goal was sought, dedicated to children in the Netherlands. Identity Games chose the CliniClowns foundation, which was also established 25 years ago. The shared proceeds from the sale of Het Rode Neuzen game (The Red Nose game), developed especially for CliniClowns, will be presented to this friendly foundation at the end of 2017. “After all, there is more to a game than one may think”, say Albert and Emile.

A milestone for the world famous brand Escape Room The Game

Over 3 million base games have been sold world wide, with a total of over 15 million adventures. The collection now consists of 36 unique 60 minute Escape Room adventures, with more coming... 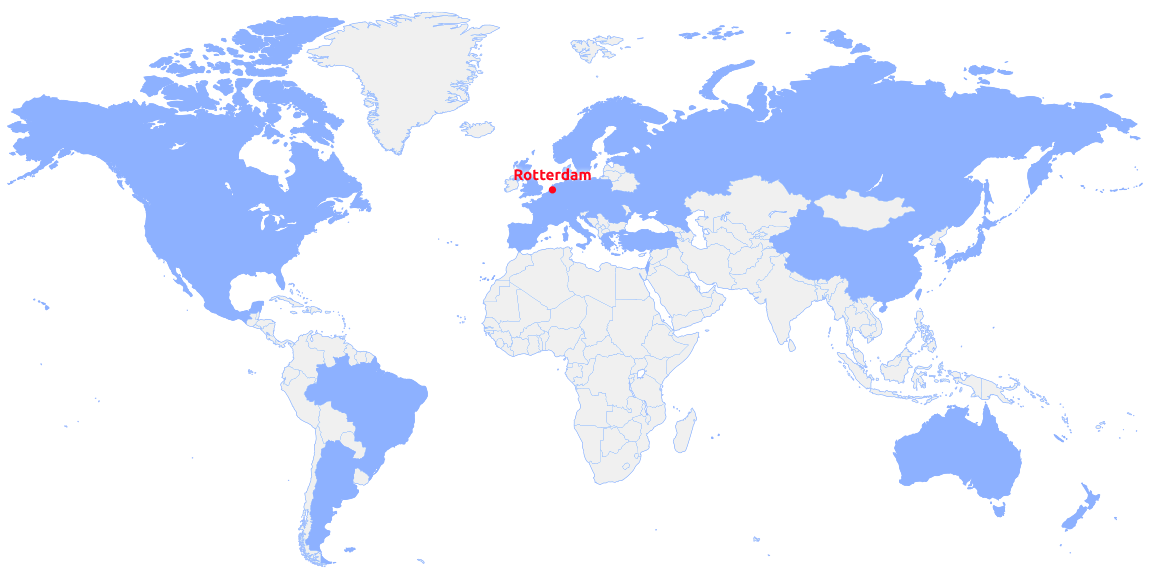